A downloadable game for Windows

Your old friend, Scalanis, has asked you to find out what happened at the isle of Kad. On the island, you get lost in the cursed forest around Castle Rodok and now you're trying desperately to find a way out. During your journey you will meet many foes.. Will you find your way out and put end for the curse for once and for all?

Castle Rodok is an action-RPG game with heavy emphasis on adventure and PSX style retro graphics. In Castle Rodok, you create your own character from five different races, and try to survive at least 8 levels of it's procedurally generated dungeons. There are three levels which the dungeons can occur in: Wintery forest, castle dungeons and the castle itself. After the 8 levels, you have a chance to find the final bossfight...

On your journey you can find various weapons and armor. However, be warned that picking up a new weapon or armor causes your old one to dissapear.

Fighting enough enemies cause you to level up, which will boost a random stat, which are the following:

You will also have to find potions from chests and scattered around the world, otherwise you will meet your demise quicker than you thought..

Default controls (can be changed in the launcher input tab):

- WASD: move
- Mouse: look around
- Mouse left: Melee attack
- Mouse right: Ranged attack
- Q: drink potion
- E: Use key, use it when prompted. Either hold it down or press once, depending on context
- Spacebar: Jump around
- Middle mouse button: Pan camera around (keep it held down)
- Scrollwheel: zoom camera

Blocking is automatic and is based on your weapon. Shield mitigates damage the most and staff the least.

There's unfortunately no controller support, since I planned this game to be kb+m only.

Couple questions I believe are gonna be asked:

No gender buttons? Why?

I wanted the characters look as androgynous as possible, so everyone will have easier time. I don't have to create tons of different models and players should find it easier to insert themselves into the world. Your character is extension of you, or anything you want them to be. And of course, you can just create a pink sharkperson, because why not.

Will there be updates?

No more updates are planned, unless there's a gamebreaking bug or something.

Platforming is really difficult, why?

My excuse is that games weren't very easy back in the days. I feel like the game is bit too easy, anyway. But my protip for platforming is, that you practice how the jumping works in safe area. When you learn how the jump works (You always jump the same amount, but your speed dictates how long you will jump), you will find platforming much easier. There's not really any air control, unless there's something I've overlooked. Also, if you keep jump button held down, the character will jump instantly again when you hit ground. So, uh, don't hold it down.

I hope you will enjoy this game. This is the biggest game project I've done so far and it took me quite some time. I've done this game on my free time as a hobby.

I took a lot of inspiration from old Harry Potter games on PS1, and I hope Castle Rodok can give you even a fraction of those comfy feels those games gave to me. 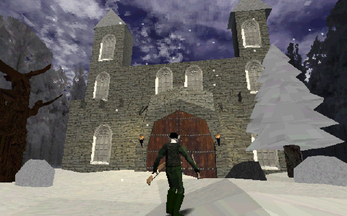 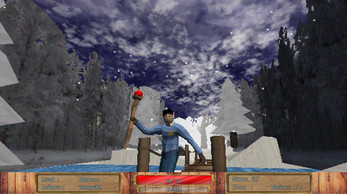 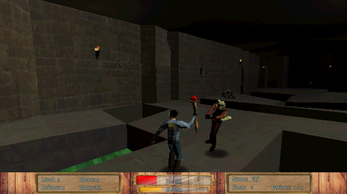 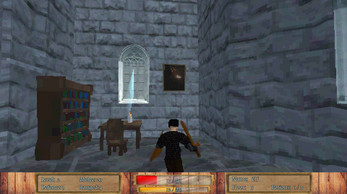 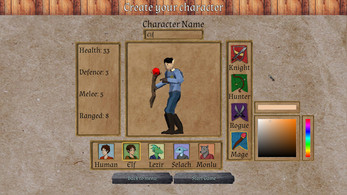