A downloadable game for Windows

You're the Damned One, a reptilian Fallen Holy Warrior, seeking for Penance to atone for your sins against your kind. You have been given a task: Go through the gates of Hell and destroy all the sin you can see.

You start with your sword and pistol, and you will find more weapons in the corners of Hell.

Show them your Holy Fury, and only then you shall be redeemed.

Penance is an oldschool style FPS with procedurally generated levels and gritty retro graphics, where you play as anthropomorphic lizard dude (look I like lizards okay). The goal of the game is simple: Cause enough carnage and earn points from each kill, collect keys each level to get through the portals, then show off your highscore to your friends. The game has a Discord support, so people can see your score while playing. If you get high enough score, you will get the ending cutscene. Penance also has bunnyhopping that increases your speed, crouch-sliding and a rage mechanic, that when activated, gives you double damage to all weapons, except the sword does quadruple damage.

Controls should be able to be remapped from game launcher.

I haven't tested controller with this game, it was created for mouse and keyboard in mind.

This game was simply made for fun, because it's something I felt like I wanted to play and I love oldschool style FPS games. It's probably not that difficult game for FPS players, but I am proud of this game and I find it fun and satisfying to play.

I used a lot of feedback I got from Ironscale and Castle Rodok to make this game, but also learned a lot of new things. I hope you have as much fun playing Penance as I had making it!

If you want to share your highscore with me, join my Discord server!

You can buy the soundtrack here: https://fredrikthrysoe.bandcamp.com/album/penance-originial-game-soundtrack

This is surprisingly hard, melee opponents seem very deadly and it's not that easy to hit with the sword. Weird that strafing is slower than running forward / backward. Of course the rogue like nature would explain some of the difficulty, though the game immediately throw a wide variety of enemies at you, while others games would start with 2-3 and after each few levels introduce a new one.

This is a great game, I hope to see all the improvements you've made to your design filled into one full game one day. One that I'd happily buy.

Thank you! It might not be Penance that will see all those improvements, but some other project of mine. We'll see! :)

Thank you a lot for your review! :)

This is the best procedurally generated FPS I have played. Unlike mamy other FPS featuring randomized maps, this game has fast combats and great gun feedbacks, which are most basic but important part of First person shooter. However there are some things need to be fixed.

- Buff the sword or give more ammo. The game is brutally hard with very sparse ammo but the sword is not powerful enough to compensate it. It especially need longer range.

- Need a map or an indicator to find exit. Sometimes It's really hard to find it.

Thank you, great feedback and I agree with it. I'm not sure if I update this game further since I have other projects to do, but if I will I'll take this to consideration. :)

I hope you update this game someday, this game can compete with some roguelite fps games on steam.

I have bought several roguelite FPS games on steam but they all have unsatisfying shooting and unwanted RPG grindings.

If I do, I'm sure to let anyone who follows me here and discord know! However right now I unfortunately don't really have time to devote more on this game :(

After some more playing I came to the conclusion that It shouldn't give more ammo. With a wise of bunny hopping and sword, the ammo was always more than enough. I think the ammo supply is actually perfectly balanced.

I have found one fatal bug. In the map with two bloodbaths and multiple windows, I could get stuck in the window and never escape.

Now all this game need is a map and some more level variants, especially important landmarks like starting point, key, and portal rooms which only has 1 and 2 variants.

I have played your other games, but this one is the best.

Really great game, its a lot of fun. How long did it take to develop?

Why do I think that this looks like or is similar to DUSK?

Thank you so much!!

Lol. Thank you for developing a great game. You're the best.

Awesome game!! I can see that you were inspired by old doom games. I love these games. It's nice to see that these games still inspire new developers. I hope to see more from you in the future :)

btw here is my video

Thank you, I'm glad you enjoyed it! :D

Gameplay!!
With All thanks and appreciation to the creator of the game!!

Worth a couple tries.

Edit: Balancing has been improved with an update. 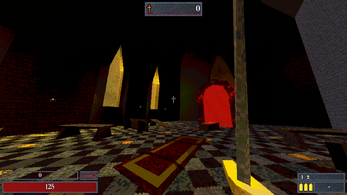 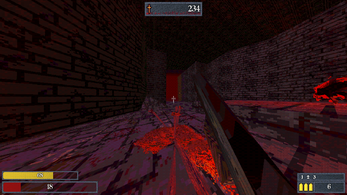 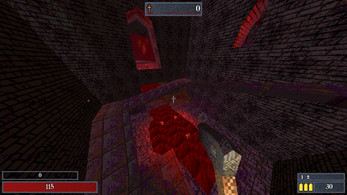 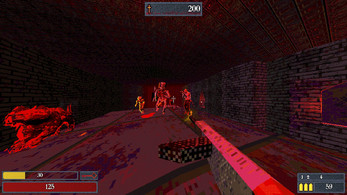 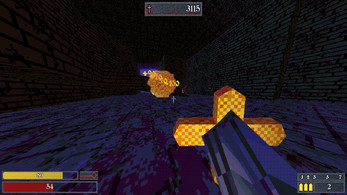 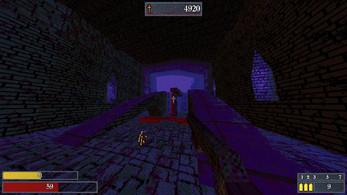 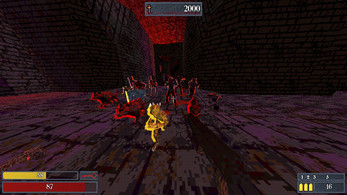